John L. Petersen is considered by many to be one of the most informed futurists in the world. He is best-known for writing and thinking about high impact surprises—wild cards—and the process of surprise anticipation. He edits and publishes an internationally acclaimed e-newsletter, FUTUREdition, which highlights weak signals and early indicators of significant futures. John conceived of, designed and developed the world's first national surprise anticipation center for the country of Singapore.

His current professional involvements include investing in and developing resources for both large, international projects and breakthrough technology start-up companies that have the potential of significantly changing the world.   He is also the developer of a multi-use real estate project.  .

John has led national non-profit organizations, worked in sales, manufacturing, real estate development, and marketing and advertising, mostly for companies he founded. A graduate electrical engineer, he has also promoted rock concerts; owned and produced conventions; and worked as a disc jockey – among other things.

Mr. Petersen's government and political experience include stints at the National War College, the Institute for National Security Studies, the Office of the Secretary of Defense, and the National Security Council staff at the White House. He was a naval flight officer in the U.S. Navy and Navy Reserve and is a decorated veteran of both the Vietnam and Persian Gulf wars. He has served in senior positions for a number of presidential political campaigns and was an elected delegate to the Democratic National Convention in 1984. He was twice the runner-up candidate to be the Secretary of the Navy.

In 1989 Petersen founded The Arlington Institute (TAI), a non-profit, future-oriented research institute. TAI operates on the premise that effective thinking about the future is impossible without casting a very wide net. The “think tank” serves as a global agent for change by developing new concepts, processes and tools for anticipating the future and translating that knowledge into better present-day decisions.

An award-winning writer, Petersen's first book, The Road to 2015: Profiles of the Future was awarded Outstanding Academic Book of 1995 by CHOICE Academic Review, and remained on The World Future Society's best-seller list for more than a year. His second book, Out of the Blue: How to Anticipate Wild Cards and Big Future Surprises, was also a WFS best-seller. His coauthored article, “The Year 2000: Social Chaos or Social Transformation?” was published in six different publication and was one of the most highly acclaimed writings on Y2K. His 1988 book-length report “The Diffusion of Power: An Era of Realignment” was used at the highest levels of American government as a basis for strategic planning. He has written papers on the future of national security and the military, the future of energy and the future of the media.  John's third book, A Vision for 2012: Planning for Extraordinary Change, presents a template for individuals and organizations for dealing with highly uncertain futures.

Petersen is a past board member of the World Future Society, writes on the future of aviation for Professional Pilot magazine and is a member of the board of directors of the Charles A. and Anne Morrow Lindbergh Foundation. He is a network member of the Global Business Network and a fellow of the World Academy of Art and Science. A provocative public speaker, he addresses a wide array of audiences around the world on a variety of future subjects.

John is a licensed pilot who enjoys aerobatic flying and an amateur radio operator.  He lives in the eastern panhandle of West Virginia with his wife, Diane. 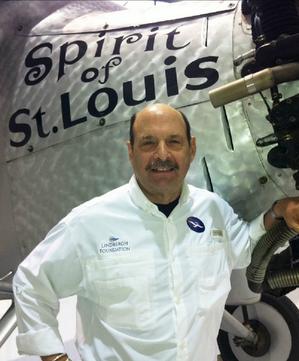 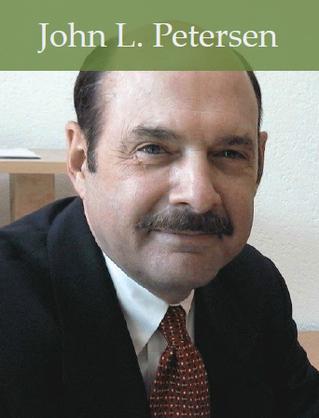 John Petersen is a futurist, strategist, and large-scale change agent